I am investigating the health impacts of artificial sweeteners. Although I was already expecting a thick slimy layer of corporate greed & obfuscation, what I found has pried my eyes open even wider. I was moved to write a letter to the White House that I sent in today. It follows below…

Many quarters have repeatedly raised concerns that the synthetic chemical sweetener aspartame (NutriSweet/Equal) actually increases the risk of obesity, causes seizures, endocrine disorders, and is conclusively linked to metastatic brain tumors and other cancers.

The aspartame approval was mired in controversy. In late 1975, an FDA task force found so many discrepancies in the aspartame safety studies (mostly done by J.D. Searle Co.) that the FDA put the aspartame approval on ice. The FDA director reported that the investigation found “a pattern of conduct which compromises the scientific integrity of the studies.” The mistakes were so egregious that the documents were submitted to the U.S. Attorney’s office in Chicago for the purpose of creating grand jury incitements over the misrepresentations. The lead U.S. attorney, Samuel Skinner, sat on the information and allowed the statute of limitations to expire. Skinner later took a job with Searle’s law firm (Sidley & Austin).

Professor Ralph Walton, MD of Northeastern Ohio University College of Medicine performed a meta-analysis of 164 peer-reviewed aspartame studies with relevance to human safety entitled “Survey of Aspartame Studies: Correlation of Outcome and Funding Sources.” Of those studies, 74 had direct aspartame-industry (Monsanto/Searle/NutraSweet) sponsorship and 90 were conducted without industry funding. Of the 90 non-industry-sponsored studies, 83 identified one or more significant aspartame health effects.

Of the seven non industry-funded studies that found no problems, six were conducted by the FDA. This is notable because a number of directly involved FDA employees went to work for the aspartame industry immediately following the aspartame approval (including the former FDA Commissioner himself). Many view the six FDA studies as tainted. The single other study that found no aspartame health concerns was an “independent” literature review of almost entirely industry-sponsored research.

Of the 74 aspartame industry-sponsored studies Walton examined, all 74 (100%) found no health or safety issues. The abundantly clear split in the literature, with outcomes nearly entirely correlated to the funding sources, is deeply troubling and reflects how such conflict of interests lead to shoddy science.

What can the current administration do about such massive failures of past regulation? How can the population trust the FDA and the US Government to look out for public health when such outrageous breaches of trust have gone unmitigated? As a country, we are continuing the unfortunate era where government has become little more than a rubber stamp for reckless policies designed to advance corporate greed. Government regulators appear to be in the habit of looking the other way regarding crooked officials who betrayed their duty to protect the public.

We the people are again fighting and paying for corporate wars. We are again shoveling billions to morally bankrupt bankers and other misguided industries. We are ingesting the FDA-approved toxic food additives. We are enduring environmental catastrophes, drinking fouled water and breathing fouled air–all spurred by insatiable corporate resource consumption and inherent lack of responsibility.

Given the fundamentally flawed relationship between corporations and government, it comes as no surprise that the American economy is failing. In every sector, corporate greed and government prostitution have failed the people. The financial pressures and the monopolization of the media are making the people of this once great country into increasingly pliable fodder for the insanity of endless corporate growth and plunder.

The nation’s health care system has become little more than a corporate drug-delivery system haphazardly designed to cover up for the toxic, over-processed and nutrient-poor food and hyper-stressful modern lifestyles that are now tragically normalized. This broken system functions only to anesthetize and patch up the populace, and it is a sham to call it “health care” at all. As long as it serves corporate masters, no-one with any clear perspective would have an interest in who pays for it–as we should largely abandon it. I am a physician, and I am currently choosing to have no health insurance.

We need a health care system that promotes the “foundations of health” which include: sound nutrition, fresh water, clean air, ample rest and relaxation, meaningful and varied work and the opportunity to exercise. We also need a government that will protect the public from the array of under-regulated synthetic chemicals that have invaded every corner of our lives. A livable minimum wage and a maximum work week would also be major steps in the right direction that would protect health and the rights to liberty and happiness.

Would such initiatives dramatically reallocate resources away from the current rampaging corporate system? Undoubtedly. Would there be massive corporate and government-insider resistance? There can be no doubt there either.

One of the benefits of the current economic strain and growing dissatisfaction is that the populace begins to look around for the causes. We have a golden opportunity at hand. With active support, the era where greed and corruption can hide will come to an end. A growing proportion of we the people do not want to see what happens after we hand over more money, more power and more resources to corporations who inherently have no concerns other than their quarterly profits.

The only way to instill responsibility into corporations is to have honest and rigorous external regulation and an educated consumer base. We also need to identify the nation’s core values (personal and environmental health, sustainability, freedom) and to stop letting “externalized” costs be borne by the public trust.

I am doing everything I can to stop feeding the misbehaving corporate beasts and to avoid the toxic-food and high-stress lifestyles that are being all but forced upon us. I am educating my friends, students and patients and am trying to lead by example. I live in hope that this administration has the spine to stand up and to reverse the tide of corruption and greed that has perpetuated so many wrongs against the people.

I can only begin to understand the enormous pressure you are under, but please, President Obama, show me the leadership; show me the change. We are ready! 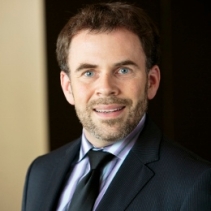 Dr. T.R. Morris is a licensed naturopathic medical doctor (ND). He is currently serving as faculty and consultant to the Institute for Functional Medicine (IFM). The IFM mission is to revolutionize medicine by teaching the latest genetic, nutritional, hormonal and other biochemically-based integrative medicine techniques to MDs and other practitioners looking for new tools to prevent and treat chronic disease. In the past, T.R. served as the medical director of a large integrative clinic and taught (genetics, physiology, biochemistry, microbiology, cellular & molecular biology) for 10 years for various medical programs in the Puget Sound. He sees patients in person (or long-distance via Skype consultations) from his home office in Seattle.
Contact Dr. Morris

One thought on “NutriSweet: A Monument to Regulatory Failure & A Letter to President Obama”

Initial appointments can be scheduled when we have your completed intake forms found under Services.

If you have questions about whether Dr. Morris is a good fit for your case, you can use the Contact feature to share a few details of your case.